Dr. Thibert joined the CUSE team in July 2013 and became Director in August 2017. His primary role is to oversee CUSE operations. He also advises students who are preparing applications for the Rhodes, Mitchell, and Schwarzman Scholarships. 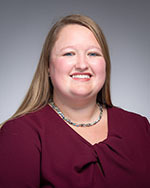 Kathleen joined the CUSE team in August of 2013 as the Staff Assistant, and began work as the Administrative Coordinator in August 2015. She took on the role of Student Programming Coordinator in August of 2017, when she began working specifically as the coordinator of the Sorin Scholar Program, and then became Assistant Director for Student Engagement in August 2019. She also provides advising and support to students participating in undergraduate research grants, coordinates the office marketing and communications, and manages office data initiatives. A native of Illinois, Kathleen earned her Bachelor of Arts in Public Relations from Illinois State University (2009) and her Master of Science in Communication from Purdue University (2019). Before coming to Notre Dame, Kathleen worked at both Illinois State University and the University of Illinois at Chicago. 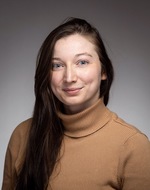 She obtained a B.A. in Global Studies and minor in Psychology at University of Maryland Baltimore County. She also earned, at International House, Barcelona, a University of Cambridge CELTA Certificate in Teaching English to Speakers of Other Languages. She is currently pursuing an M.A. in Technical Communication with a focus on self-sponsorship and competitive applications through Texas Tech University. Prior to joining CUSE, Elise worked for CASA de Maryland as an Immigrant Integration Specialist AmeriCorps, where she mentored legal permanent residents preparing for their naturalization interviews. She also served as an Adjunct Citizenship Instructor/Program Assistant at Baltimore City Community College where the furthered her skills in helping others through applications and helped maintain the program through grant applications.

Prior to joining the CUSE team, Emily worked for the Kellogg Institute for International Studies, supporting student and visiting fellows programs. She holds a B.A. in Anthropology from Pitzer College in Claremont, California. Outside of work, Emily enjoys hiking, running, and spending time with her husband and sons.

Mathilda joined CUSE in September 2021. She assists with a range of scholarly engagement advising activities, including working with applicants for the Gilman Scholarship, Fulbright English Teaching Assistantship, Boren Scholarship, Gaither Junior Fellowship, and talking with students who are interested in learning more about how to get started with research at Notre Dame. She also works with prospective Peace Corps applicants.

Mathilda holds a Master of Global Affairs with a concentration in international peace studies from the University of Notre Dame and a Bachelor of Arts in international relations from Roanoke College in Salem, Virginia. Mathilda held a Kroc Institute Fellowship during her master's work, and she received both the Gilman Scholarship and the Freeman-ASIA award as an undergraduate. In between her undergraduate and graduate studies, she worked at a grassroots peace project in Palestine and served in the U.S. Peace Corps in Dubno, Ukraine. In her free time, Mathilda enjoys traveling, baking, dancing, reading Harry Potter, doing yoga, cuddling with her dog, and watching The Walking Dead with her husband.